I went away to a place that was not the 9th Circle of Hell this past long weekend with my partner. It was just a long-weekend getaway, and – given that my Partner had literally been to Hell the week before – it doesn’t quite imply everything is fine. However, it was enough of a mental reset for me that I don’t want to think or write about that other place if I can avoid it for a week.

Bloggers can always default to Top Ten lists when out of ideas, and most do so at some point during the final two months of the year. It’s hard to come up with content right before the holidays, especially for those who actually partake in stressful “family togetherness” and “family tradition.” We are not going anywhere for Thanksgiving this year. Paying Thanksgiving airline prices to go to a second Red State after having spent far too long in the one-I’m-not-thinking-about – and not having a salary for three months because of it – seems a bit excessive. However, I’m happy to jump on a cognitive shortcut wherever possible. ADHD All-or-None Speed Go!

Except, erm, for the tiny complication that I actually don’t typically like Top Ten lists, exactly because people treat them in the same lazy way I intend. I want to be lazy, but I also don’t really enjoy that type of laziness? I have ADHD. My brain can outthink even itself when it’s determined to be hyperfocused on an idea. It can shortcut this conundrum by writing the laziest of all lazy posts: Why I Hate Top Ten Posts! Enjoy.

The Top Ten Things Wrong with Most “Top Ten” Posts 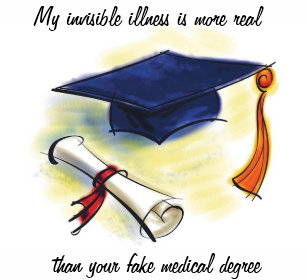